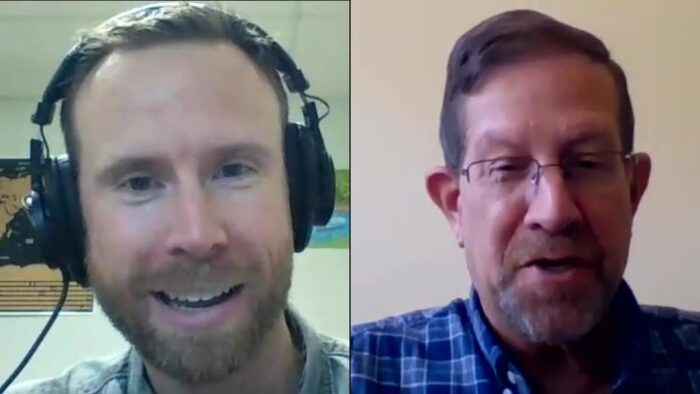 Dr. Steven Soifer joined me from Oxford, Mississippi on a Zoom call. Although I have never met him in person he has had a major impact on my life. Reading a book he co-authored many years ago was the beginning to my recovery from Shy Bladder Syndrome (Paruresis). Dr. Soifer, a fellow paruretic, is a leader in the area of helping people recover from this ailment.

You are not the only one.

One of the inspirations for starting this website and blog was knowing that I would be releasing this podcast episode with Dr. Steven Soifer. Around 15 years ago I finally searched for help for my issue urinating in public restrooms and near social settings.

For what I now estimate was 6-8 years, I suffered in silence, thinking I was the only person that could not pee when I needed to. I could pee if I was home or alone, but if others were nearby or waiting for me, nothing would come out, no matter how badly I felt like I needed to pee. I was anxious in those moments. The more time that passed the anxiety grew, especially if I sensed that others were judging me because they didn’t hear the stream hit the toilet or urinal. I hoped they didn’t notice but I was increasingly concerned that they did. I would often leave the restroom without relieving myself. In some cases I would immediately find more privacy in a stall, pretending I suddenly realized I needed to have a bowel movement. In some cases, when possible, I would find more privacy outside on the side of a building or between vehicles. In some cases there was another restroom within walking distance that I could try. And sometimes I would have to cycle through these options until finally finding the privacy I needed. It could be extremely physically uncomfortable and mentally draining. It was embarrassing and shameful and I didn’t want anyone to know.

Eventually, I discovered through the internet that this was a problem that others suffered from as well. It has a name, Paruresis, which is more commonly known as Shy Bladder Syndrome, Pee Shy, or Bashful Bladder.

I purchased and read “Shy Bladder Syndrome”. What I remember from it mostly is that I learned that it would be helpful if I told others about my problem. So, I built up the courage to call a family meeting, and tell my parents, siblings and their significant others about my inability to pee like a “normal” person. They asked me a bunch of questions. Some probably laughed. Some described situations where they don’t pee easily. And then I began to practice peeing with someone standing near the bathroom door of with the door open a bit. This was something I would not have been able to do previously, but my newfound openness about my struggle allowed for some progress.

In the many years that followed I would be willing to tell my close friends or a woman I might be dating at the time, only if I new they might find it strange how long I would be in the bathroom or how quickly I would return to the bathroom after seemingly having already went. It was never something I would share about myself needlessly. The shame and embarrassment doesn’t leave quickly.

Hosting a podcast, and other efforts I have made to open up, has allowed me to gain confidence in myself and me experiences. A few weeks before releasing this episode, I came out as a paruretic in a bonus episode to demonstrate my vulnerability, since I had been encouraging some of my guests to share personal and sometimes traumatic stories from their life.

Through the power of the internet, and Google Alerts, Dr. Steven Soifer found that episode. And as it turns out, he co-wrote the book that helped me many years ago. I am grateful that he offered to join me for a podcast episode. I’m hopeful that this helps you or someone you know.