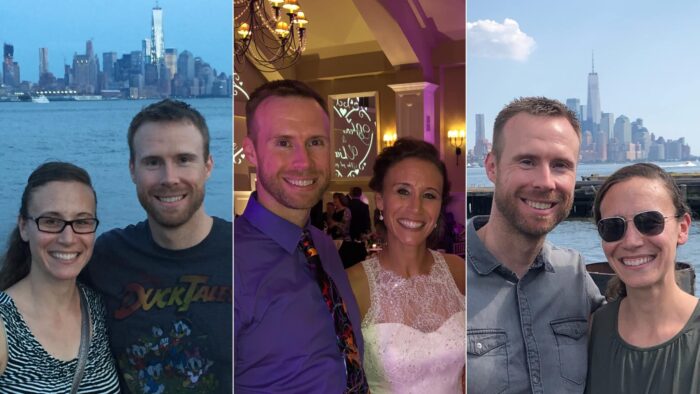 Liatte Closs joined me from Hoboken, New Jersey on a Zoom call. She is a long-time friend and someone that was willing to share some intimate details about her life as a new mother. Plus we chat about her careers in swimming and as a pharmacist.

Often times the ideas for an episode of my “People I Know Show” podcast come out of a normal interaction I have. When I was at a Minnesota Twins baseball game with my friend Liatte Closs in September, we were catching up on many topics from our life. We don’t see each other often, so it was pretty typical of a conversation like that.

But when she started to explain what it was like for her to be away from her 9-month old baby girl for an extended time, for the first time, it struck me. I’m aware that there are challenging times being a parent, and I knew this was one of them. But for as big of a mental challenge this can be for a parent, especially a mother, it doesn’t seem to be discussed very often.

Knowing that Liatte was going through that mental test, plus other aspects of her journey in work and life, I realized how great of a guest she would be for my podcast.

Liatte was a student athlete while a member of the swim team at the University of Rhode Island. There she studied pharmacy for six years.

Her career path has been much different from what I think of when I think of a pharmacist. I met her in Rochester, Minnesota about a decade ago when she working at the Federal Medical Center, which is a prison for inmates with long-term medical needs. She roamed the hallways and worked in close contact with the prisons. In the podcast she explains what that was like and why she decided it was time to move on.

Since then she has returned to New Jersey working as an inspector of drug manufacturers. She explains what the process is like when a manufacturer fails an inspection. Plus, she has done that same job working in countries all over the world to make sure imported drugs meet the United States’ standards.